Justin Bieber links up with Usain Bolt at London nightclub 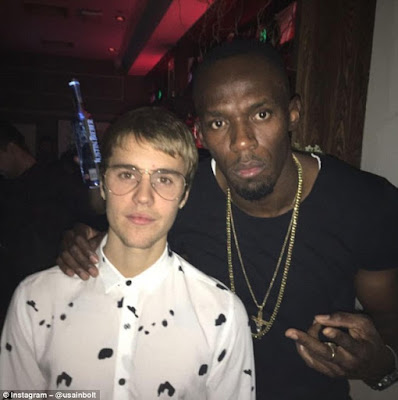 Usain Bolt was joined by a myriad of sports stars for the premiere of his new film 'I Am Bolt' in Leicester Square, London, on Monday night.


After Bolt mingled with the likes of Raheem Sterling, Mo Farah, Dina Asher-Smith and David Haye at the at the ODEON cinema event, the fun-loving sprint icon met up with music sensation Justin Bieber at the after-party.

The nine-time Olympic gold medallist is renowned for his party antics, and hit up 22-year-old Bieber's favourite haunt, 'Tape London' in Mayfair, to celebrate his film release.
at 3:47 PM