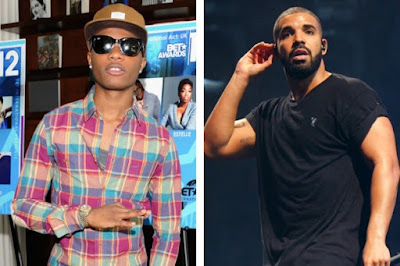 Weeks after releasing chart-topping hit track Sweet Love, Wizkid has returned to promise fans of a new body of work that is set to drop in trickles starting this Friday, 31st of March.


According to the Ojuelegba crooner, the first single set to hit the airwaves is the same track that leaked on the internet early on this year in January ‘Come Closer’.

The track Come Closer (Hush up the Silence) features Canadian-American rapper, Drake and may just be another 2017 party anthem.

The Daddy Yo singer did not only announce the new track, he also shared a quick backstory on his journey to this point in his career.

Apparently, Daddy Yo and Sweet Love were just Wizkid’s way of preparing fans for the real deal according to sources as the pop star recently signed a multi-album worldwide deal with RCA Records/Sony Music and the deal has been described as the biggest ever signed by an African artiste.
at 2:09 PM