Justin Bieber asks his fans to quit screaming at his concert 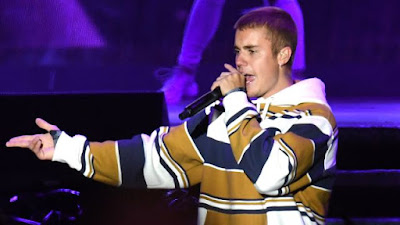 Justin Bieber is no longer a fan of the roaring masses. The 22-year-old "Sorry" singer stopped his Birmingham, England concert on Monday to ask his fans for a favour.

"Can you guys do me a favor? Can you guys just relax for about two seconds?" Bieber asked after he was interrupted in the middle of a story. "I get it, I get it, but I'm like two feet away from you. And I can hear you. I appreciate all the love, it's amazing. But can you show it in a different way? Screaming is just so obnoxious."

The crowd kept cheering, while a few people shouted out "boos," but the GRAMMY winner continued to explain his reason.

"I get it, it's been in our blood and it's ingrained — you go to a concert and you scream and stuff," he said. "But if you could just scream after the song, enjoy the song, and then take a chill pill for a second and listen to me speak. I don't feel like I'm being heard sometimes, and it gets a little frustrating. When I'm speaking, can you guys not scream at the top of your lungs?"

After the yells had died down a bit, Bieber then told the crowd about how he's had a hard time being away from his friends and family while on the road.

The Canadian star isn't slowing down anytime soon, with eight more tour dates in the United Kingdom this month alone and many more global stops spanning through March 2017.

Watch a video from the concert below

why do people get mad when Justin asks if they can stop screaming so he can talk 🙄 pic.twitter.com/bKmzNVeb5v
— Justin Bieber (@bieberinmypants) October 19, 2016