5 Ways you are exposing your baby to toxins 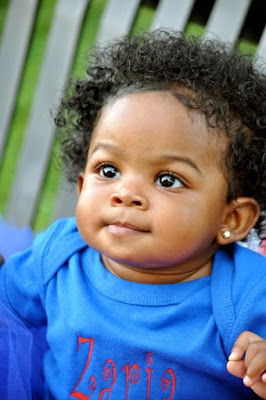 Parents are always on the lookout for possible risks to their children, but not all dangers can be seen with the naked eye. There are toxins all around, and many of them come from surprising places.

Find out below which baby items may contain toxic chemicals and what you can do to avoid them.

Lotions
Many parents worry about keeping their babies' skin soft and hydrated, but did you know some lotions might cause more problems than they solve? If the lotion you use contains fragrances, it likely also has pthalates. Previous studies have found that "early exposure to some phthalates could reduce testosterone and alter reproductive organs, particularly in males," according to the LA Times.

Note that manufacturers are not required to list phthalates in their list of ingredients, so it is hard to identify which products contain them. The clearest indicator will likely be the presence of fragrance in the product.

Makeup
You may not be applying makeup directly to your baby's sensitive skin, but how many times a day might your face brush against the skin on his or her hands or face? According to livestrong.com, many foundations, facial moisturizers and anti-aging creams contain parabens, because parabens often function as a preservative. However, livestrong.com also reports that parabens are known endocrine disruptors and they "have also been detected in breast cancer tumors, suggesting a link between them and cancer."

Does your makeup or facial cream have parabens? These substances can go by a number of names, but they will generally end in the suffix paraben, as in methylparaben and polyparaben. It's as good an excuse as any to go makeup-free in the busy baby years.

Bath soap
A 2009 study tested a number of common baby shampoos and bubble baths for the presence of toxins. The results revealed that an astonishing number of products were contaminated by formaldehyde and 1,4-dioxane, both of which the Environmental Protection Agency lists as being skin irritants, especially to those with sensitive skin, and probably human carcinogens. The Environmental Working Group reported that the U.S. Consumer Product Safety Commission has determined "the presence of 1,4-dioxane, even as a trace contaminant, is cause for concern."

Because it is a contaminant, neither formaldehyde nor 1,4-dioxane will show up on ingredient labels, but you can do your research to find out which brands have the cleanest, most natural production processes.

Sunscreen
Applying sunscreen to your babies might be protecting them from harmful UV rays, but it could be exposing them to toxins like oxybenzone and retinyl palmitate. Healthychild.org reports oxybenzone "has been linked to hormone system disruption" and retinyl palmitate (a form of Vitamin A) can actually damage the skin when it's exposed to the sun. Do your homework when buying children's sunscreen. Just because it says "kid" or "baby" doesn't make it safe.

Diapers
Parents might feel like they know everything there is to know about diapers. They spend their days elbow deep in them, after all. But do you know what they're actually made out of? Most diapers have a polyethelene film lining on the exterior, a polypropylene interior, and an absorbent core made of wood pulp and sodium polyacrylate.

Those are the materials you can see, but what can be toxic to your baby is what you can't see. That includes the fragrances added, the dyes that give the diaper its color, and the chlorine used to bleach the wood pulp in the absorbent interior. These materials have been known to trigger allergic reactions in some babies. Luckily, they're easy to avoid once you know what to look out for.

Eco diapers from are a good alternative because they're free of these chemicals and also 51% biodegradable, making them better for the environment as well as your baby.