Kim Kardashian opens up on her decision to try surrogacy 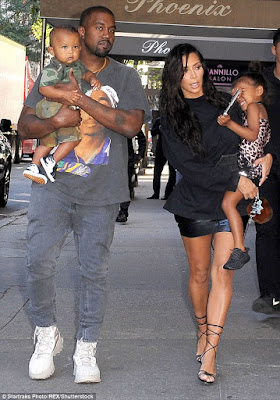 She has vowed to not have any more children after suffering serious health problems during her previous pregnancies.


But Kim Kardashian West does not want this to stop her from expanding her brood, as she reveals she is planning to look into alternative methods.

Talking on next week's episode of Keeping Up With The Kardashians, the reality star, 36, admitted to her sisters that she wants to 'explore surrogacy' after she and husband Kanye West, 39, both expressed desire for a third child.

Kim is seen telling her family in a preview clip for the next episode: 'So I've come to the conclusion that I just want to explore surrogacy,' to the shock of her family.

She explained of the condition, and why it has put her off trying to get pregnant again: 'We induced my labour and I had North soon after. Right after delivery, the placenta usually then comes out.
'Mine did not. My placenta stayed attached inside my uterus, which is a condition called placenta accreta ...

'My doctor had to stick his entire arm in me and detach the placenta with his hand, scraping it away from my uterus with his fingernails. How disgusting and painful! (sic)'

She then continued: 'With the issues I had last time, my risk of having pre-eclampsia and placenta accreta are increased and there's not a whole lot I can do to prevent it, so my anxiety is a little high leading up to my delivery.